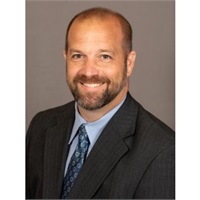 Kevin Nervegna began his professional journey at Ithaca College in New York, graduating with a degree in Accounting and minor in finance in 1997. After a two-year career as an accountant for a hedge fund company, Kevin decided to put aside his career, the one he went to school for, and pursue his dream of working in the auto racing industry. He succeeded reaching his goals as a NASCAR pit crew member and mechanic for RCR and driver Jeff Burton. In fact, Kevin’s team was awarded the 2006 Pit Crew of the Year. After an 8 year stint in racing and being “a washed up tire carrier” at the age of 33, Kevin left the racing industry and returned to the financial world. Upon returning to the financial services industry in 2007, Kevin earned his FINRA Series 6, 7, 63, and 65 registrations as well as his Life, Health, and LTC licenses in his first year and has not looked back.

He and his wife, Leslie, have four young children: Evelyn, Thomas, Michael, and Madelyn. Kevin describes the passion he has found for work by emulating what he desires for himself and his family, “helping other individuals and families recognize and figure out their financial goals and then working alongside them to help them realize those goals, all while balancing family, work and financial needs and wants. Having strategies in place for planned and unplanned events, can affect the realization of dreams.”

Kevin is a registered Financial Advisor with Sagepoint Financial. Kevin stays involved in the community Mooresville Community by volunteering his time with Rotary STARS and the Mooresville Graded School District Career Bridge Council. He also is currently a cubscout den leader and depending on the time of year and sports his kids are playing, you can usually find him on the sidelines coaching one of their teams. To relax, Kevin enjoys working out in the early morning hours with F3 and is always training for the next mudrun, obstacle race or long distance (200+ mile) relay race.